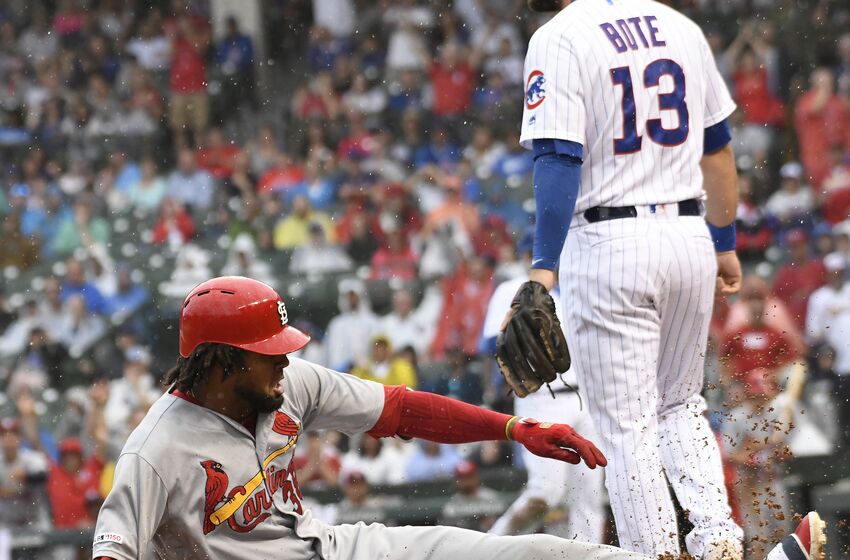 The Cardinals made the headlines on Thursday, trading for a young starting pitcher, which raises the question of why the Chicago Cubs aren’t doing the same?

A big reason why the St. Louis Cardinals have managed to stay relatively competitive every year is the fact that they have done a terrific job of developing young pitchers. And if they aren’t already in the system, their front office finds their next project on other rosters. On Thursday, that guy was Matthew Liberatore, a 20-year-old lefty who is ranked as the 41st best prospect and fourth-best left-handed pitcher in baseball. The Chicago Cubs have remained idle this offseason, in large part because they are up against the competitive balance tax, but that doesn’t mean they are limited to free agents.

The Cardinals sent Jose Martinez, a 31-year-old designated hitter stuck in a National League’s body, and Randy Arozarena, a 24-year-old outfielder who was signed as part of the 2016 international free agent class over to the Tampa Bay Rays.

Arozarena is the prize of the trade, slashing .344/.431/.571 with 15 home runs and 53 RBI across two levels of the Cardinals’ minor-league system. He was called up in mid-August last year and slashed .300/.391/.500 in 19 games and will be plugged into the Rays’ outfield in 2020. Liberatore is projected to be ready by 2021 but posted a 3.10 ERA in 15 starts last season, and could be Adam Wainwright‘s replacement in the rotation when he decides to call it quits.

Back to the Cubs.

The north siders wouldn’t even qualify for a participation trophy this offseason. As noted, they have done very little except add non-guaranteed contracts to their roster and hope they can find a diamond in the rough. Yes, the Cubs’ sport one of the highest payrolls in baseball and exceeded the competitive balance tax last season. But the results on the field the past two seasons indicate that something needs to change. Pitchers and catchers report to spring camp in a month, so the Cubs’ front office will need to act swiftly to improve their roster at the expense of the short-term results.

It’s no secret that the Cubs have struggled to develop pitching prospects. The plan, under Theo Epstein, was always to establish hitting prospects and find pitching on the free-agent market and through trades. But time is running out for both the prospects and the big league rotation as both Jon Lester and Jose Quintana will be free agents after the 2020 season, and they need to find their next “Kyle Hendricks” in a trade with a team. Let’s look at three prospects:

The Orioles drafted Hall in the first round of the 2017 MLB Amateur Draft, and the 21-year-old posted outstanding numbers for High-A Frederick. In 17 starts, he posted a 3.46 ERA while striking out 116 batters in 80.1 innings and limiting opponents to a .189 average. He already has above-average pitches in both his fastball and curveball, and he’s projected to be ready by 2021. Hall is ranked as the 60th best prospect in the game and the third-best prospect in the Orioles’ organization.

Manning is a hard-throwing right-handed pitcher and posted a 2.56 ERA in 24 starts for Double-A Erie last year. He struck out 148 batters in 133.2 innings and limited opponents to a .192 average while allowing just 38 free passes. Manning is ranked as the 27th best prospect in baseball and the second-best prospect in the Tigers’ organization. He’s projected to be ready next year and could be a September call up with a regular spot in the rotation starting in 2021.

Bubic was part of the Royals’ fab-five of starting pitchers selected within the first and second rounds of the 2018 MLB Draft. He’s flying under the radar right now as he’s not ranked within MLB’s Top 100 prospects, but he posted a 2.23 ERA in 26 starts across three levels of the Royals’ organization last year. Bubic finished the year at High-A Wilmington and helped the Blue Rocks take home the Carolina League Championship. There, he posted a 2.30 ERA in 17 starts and struck out 110 batters in 101.2 innings while limiting opponents to a .215 average. He’s projected to be ready by 2021.

It’s hard to fathom why the Cubs are not exploring these kinds of trades as they could kill two birds with one stone, in that payroll could also come off the books. While it’s difficult to project how much, David Bote is a name that would be attractive to other teams, and he could have a difficult time finding regular playing on the Cubs’ roster in 2020.

Next: Lack of Ricketts’ panel at CubsCon is a bad look

To this point, the rumors have been centered around Kris Bryant and Willson Contreras. But if the front office is going to sacrifice the immediate future, then at least set yourself up to be competitive a couple of years from now when they have the financial flexibility to add missing pieces from the free-agent market while developing Major-League caliber pitching prospects.