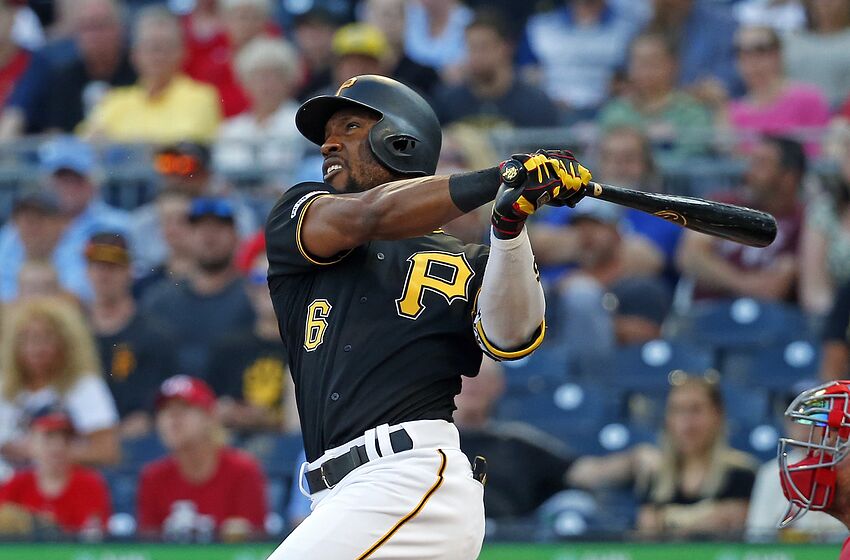 Bears: 9-7 could get the Wildcard for Chicago, if these things play out by Ryan Fedrau
Bears: 4 potential draft picks from Big Ten Championship Game by Ryan Heckman

The Pirates are reportedly making Starling Marte available for a catching prospect and the Chicago Cubs should make an offer.

What if I told you that the Chicago Cubs could acquire a centerfielder within their division, who is a leadoff hitter, and has a ton of pop in his bat? According to Jon Heyman, the Pirates are making Starling Marte available and are asking for a catching prospect in return. Marte, 31, has been a dynamic player with the Pirates since initially signing with the team as an international free in 2012. He had a minor hiccup in April 2017 when he was suspended 80 games for performance-enhancing drugs.

Now two years removed from the incident, Marte posted his two best seasons in 2018 and 2019. And while a potential juice ball era may have some impact on the league’s stats as a whole, Marte slugged an impressive 23 home runs while batting .295 and stealing 25 bags. The Cubs have struggled to find a replacement for Dexter Fowler since the 2016 season in more ways than one.

A big reason why the Cubs were so successful in both 2015 and 2016 was due to Fowler’s ability to get on base as a leadoff man. Albert Almora was set to replace Fowler but had a rough go of it last season. Right now, both he and Ian Happ are likely to platoon the position, but the Cubs haven’t been able to replace Fowler in the leadoff spot.

Kyle Schwarber has seen the most at-bats from the leadoff position, but ideally, his bat should be in the middle of the lineup. Despite numerous attempts to plug-in other players, no one has been able to produce from this spot in the lineup consistently, and the Cubs are at a point right now where they need to find a resolution. As noted, Marte would kill two birds with one stone, fulfilling both defensive and offensive needs.

And while the Cubs’ farm system has taken a hit due to several prospects being promoted or traded for assets, they still boast one of the league’s best catching prospects in Miguel Amaya. The 20-year-old is the 8th best catching prospect in baseball and the 90th best prospect overall. His defense is certainly better than his offense at this point in his career, but the potential is there.

Any trade that involves parting with Amaya would negate any Willson Contreras trade rumors. The Cubs also have 2019 sixth-round draft pick, Ethan Hearn, who was the best high school catcher in this year’s class. The Pirates are in a rebuilding mode and parted with their long-time catcher, Francisco Cervelli, and have nothing at the position worth noting in the minors.

Marte is under contract through the 2020 season with a $12.5 million option for 2021, so a potential extension would undoubtedly be on the table. The Cubs don’t need Amaya or Hearn given Contreras’ age, and with a 76.1 percent career contact rate, Marte would be a perfect addition to this team.